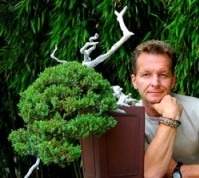 Sean Smith, the renowned daiza maker and suiseki master, was the visiting artist at a set of IBA programs held the weekend of March 15-16, 2008. On Saturday morning there was a program on exhibit of bonsai and suiseki. Saturday afternoon Sean led a workshop on daiza making for suiseki; everyone left with a stone in a fitted diaza.

The suiseki were collected by Sean in southern Pennsylvania and provided to the participants by him. On Sunday, Sean led a workshop on bonsai styling, another of his many areas of expertise.

Sean Smith is internationally known for his skills in bonsai and suiseki and has won numerous awards in both arenas. In 2003 he was proclaimed the number one daiza carver outside of Japan by the President of the Japanese Suiseki Association, Mr. Arishige Matsuura. In 2003 Sean was the first American to exhibit an American suiseki in the Japanese National Suiseki show at the Meiji Shrine in Tokyo, Japan. Sean studied daiza carving with Koji Suzuki, Japan’s leading daiza carver; Sean was his first and only student. Sean is on the Board of Directors of the National Bonsai Federation in Washington, DC. 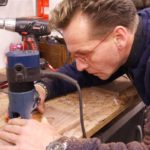 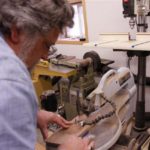 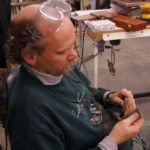 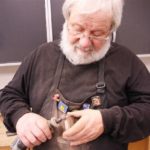 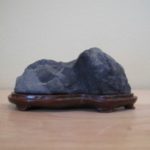 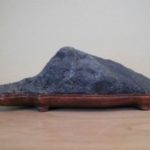