At the February 20, 2007, meeting of the Iowa Bonsai Association, bonsai pots and their sources were discussed, with a number of examples brought by club members. Obviously, there are a number of sources for pots and a great variety of pot styles to utilize in creating a bonsai’s effect. The following notes refer to only a portion of the pots discussed but do provide some leads on pot makers and bonsai pot information.

The pot is ½ of the bonsai, as bonsai is defined as a tree in a pot. It is just as important as the tree in making the final composition. It can not dominate the tree; the two must act together to make an integrated visual statement. Therefore, the pot should not initially be noticed as a separate entity. 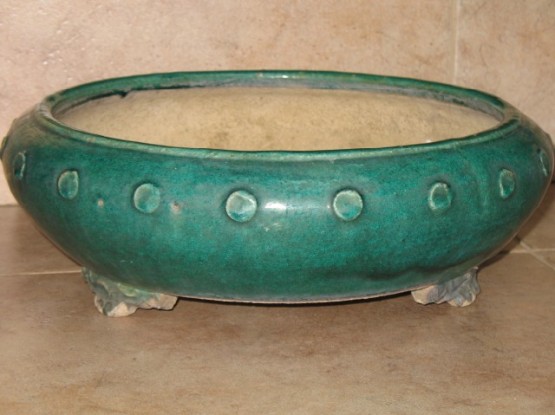 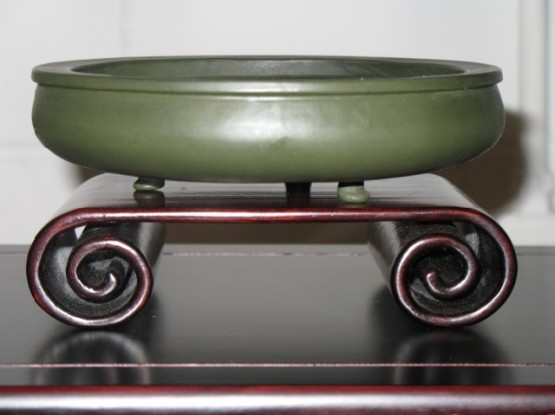 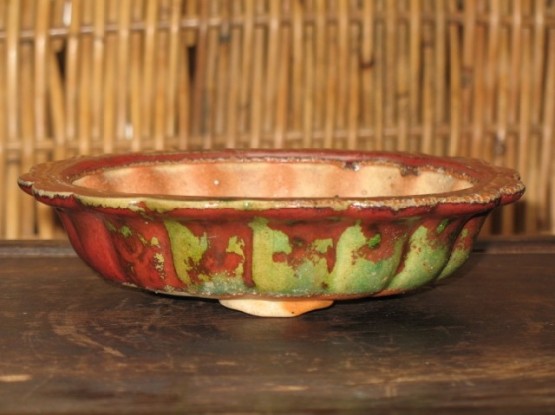 Chinese round lotus pot. Ca. 1990s Typical of better Chinese pots in the bonsai trade for the last two decades. 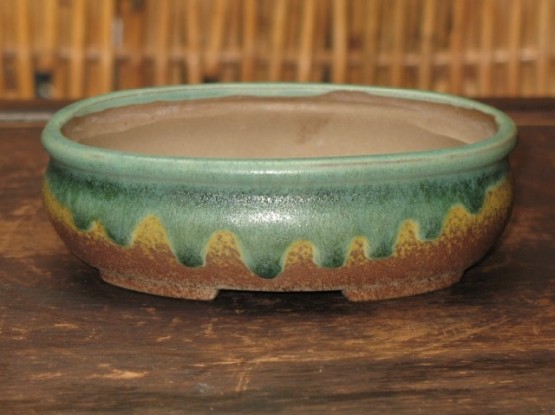 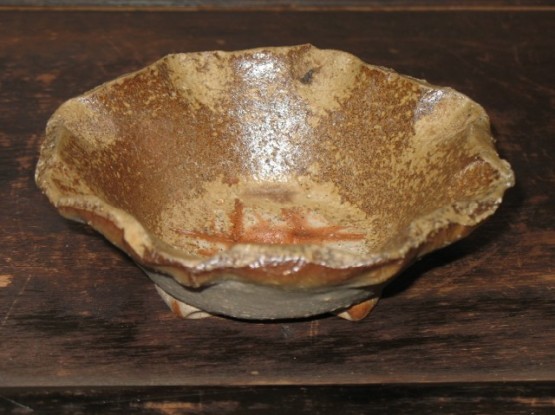 Japanese round Bizen pot. Ca. 1965 Bizen is one of the six ancient kilns of Japan. Great gravitas. Very, very wabi sabi. Most desirable for serious tea ceremony vessels. Not often encountered as a bonsai pot except for accompanying plants. 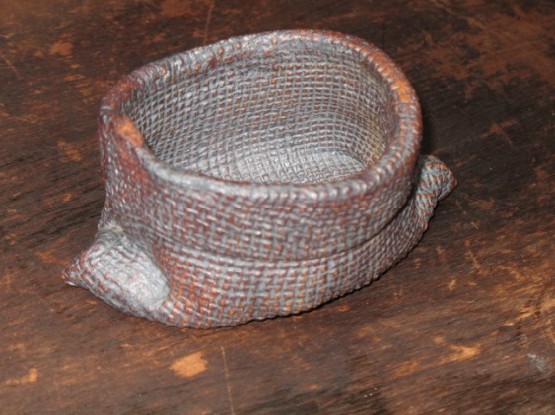 *Jack Bacus, textile bag design accompanying plant pot. 2006. East Alton, Illinois. Began in bonsai in 1980 and then studied ceramics so as to be able to make his own bonsai pots. Strives to make unique designs; calls them Jackpots. 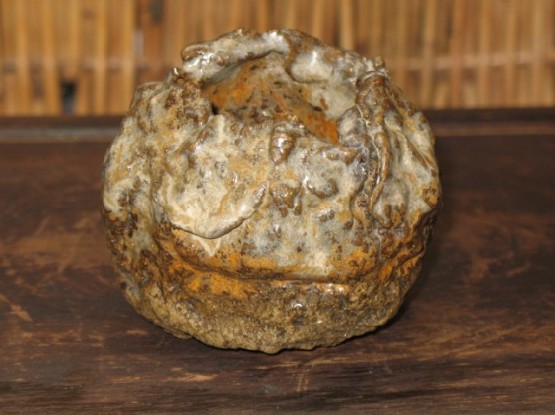 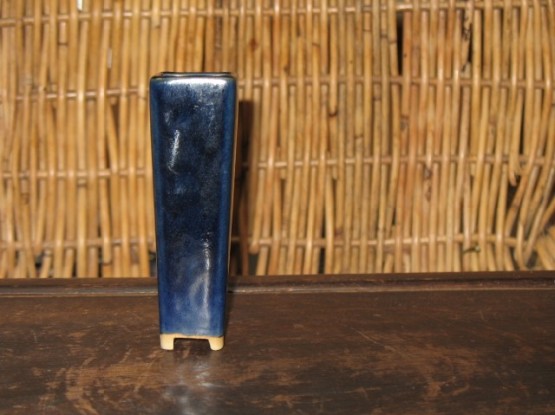 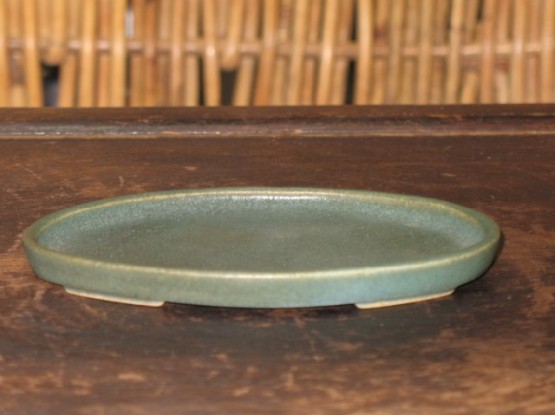 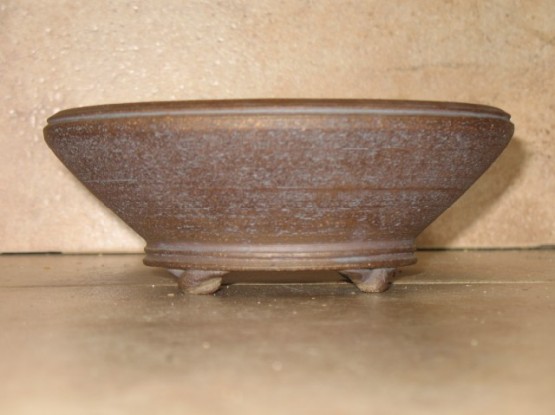 *Sara Rayner, round pot. 2006. Typical of her current style Redwing, Minnesota. A production potter who has made only bonsai pots since 1993. Very popular among American bonsai enthusiasts. Well known since winning an award in the first bonsai pot competition sponsored by the National Bonsai & Penjing Museum. 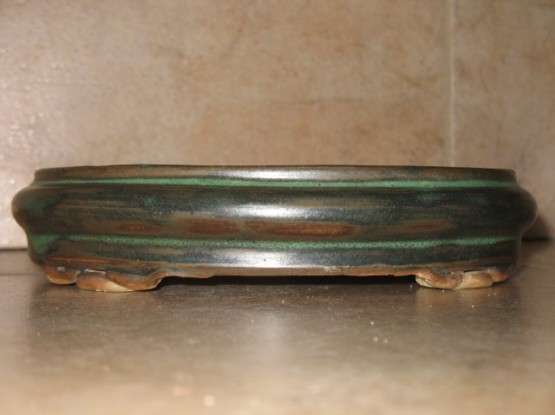 Gary Wood, round flat pot. Ca. 2002. Muscle Shoals, Alabama. Bonsai guru, nurseryman, bonsai potter, and philosopher, Gary makes bonsai pots which are almost all sold pre-order wholesale to bonsai businesses. Occasionally he will sell some of his pots to friends and to workshop participants. 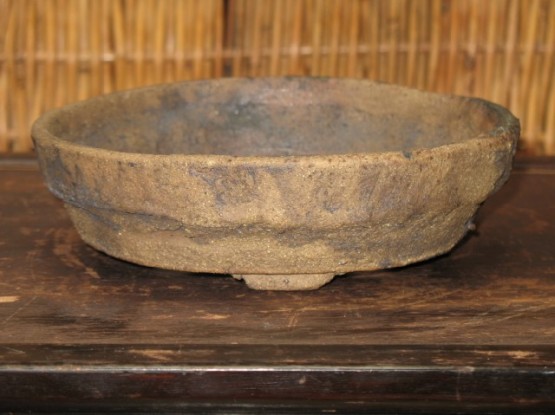 *Bryan Albright, round unglazed pot. 2006 Norwich, United Kingdom. Started making bonsai pots for sale in 1985. Best known for his glazed pots but he considers his nanban and unglazed pots to be the most challenging and interesting. A significant bonsai potter on the European scene. 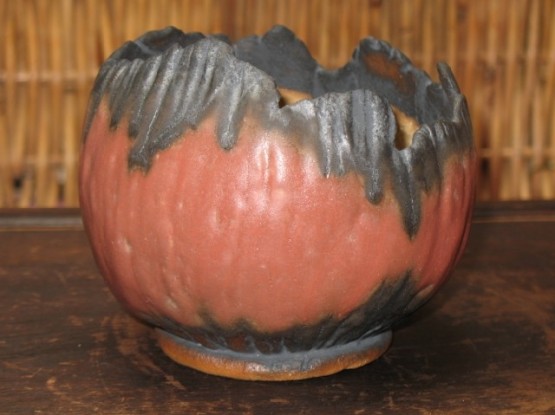 *John Pitt, Accompanying plant pot. 2006 Derbyshire, United Kingdom. Has been making frost proof bonsai pots since 1998. Typical of where the bonsai business has been moving the last few years, most of his sales are world-wide via the internet. 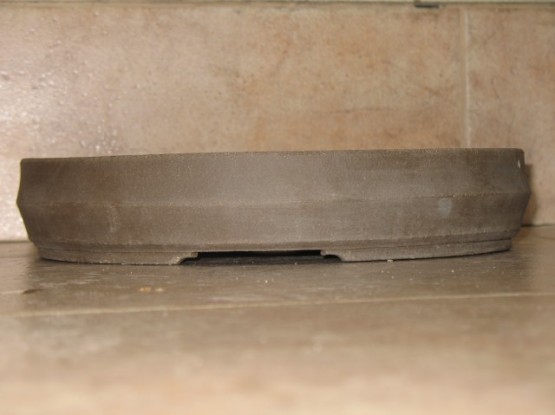 *Mario Remeggio, round nanban. 2002? Certre, Villorba, Italy. The pots form this kiln are considered by many to be the best bonsai pots made in Europe. 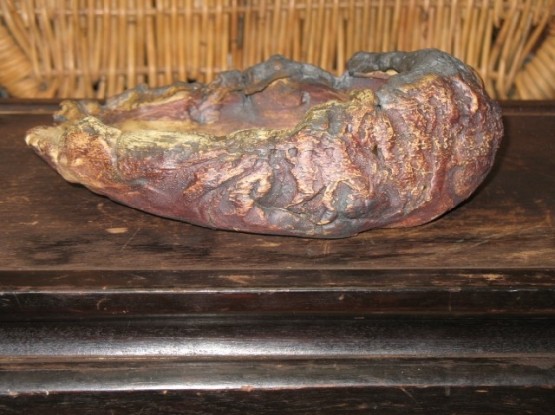 *Victor and Glyn Harris, non-traditional flat pot. 2006 Erin Pottery, Bristol, United Kingdom. This father-son team began bonsai in the 1980s and was rapidly disappointed by the available bonsai pots. Deciding to make pots worthy of a bonsai tree, their pots were soon noticed. They founded Erin Pottery in 1994. Another example of a successful bonsai potter selling on the internet.

*Potters who are noted in the book listed below, a current authoritative book on bonsai pottery.